TheatreFIRST breaks down its doors with THE FARM, a song-poem-beat-opera adaption of George Orwell’s Animal Farm. Originally commissioned and performed at Shotgun Players, TheatreFIRST redevelops this classic cautionary tale of animal uprising to address our own experiences of oppression and maybe most importantly, the oppressor inside us all. Carlos Aquirre and Stephanie Prentice rearrange the script by Jon Tracy. Michael Torres and Elena Wright direct. Choreography by Liz Tenuto.

Next up, TheatreFIRST shifts storytelling gears with PARTICIPANTS. This theatrical exploration delves into how we individually and communally act in times of social and political unrest. The audience, sitting in a circle and led by a central emcee, will witness twelve new works that aim to incite community discussion. These pieces, written and directed by the super-team of Elizabeth Carter, Ellen Sebastian Chang, Christopher Chen, Anthony Clarvoe, Josh Costello, Star Finch, Brit Frazier, Erin Gilley, Dipika Guha, Mary Guzmán, May Liang, Aaron Loeb, Bridgette Loriaux, Carl Lumbly, Rohina Malik, Susannah Martin, Linda McLean, John Patrick Moore, Jessa Brie Moreno, Nick Hadikwa Mwaluko, Geetha Reddy, Octavio Solis, Ashley Smiley, and Skyler Cooper will challenge the audience to ask: where have we been, what are we doing, and where do we go now?

Next, for our third and fourth productions, TheatreFIRST gives you BETWEEN US, eight solo plays split into two presentations in repertory. BETWEEN US invites you to meet a leader of the Delano Grape Strike, A woman attending her first protest, a voodoo queen, the Uruguayan woman who will fight her government to get justice for her murdered sister, a black woman contemplating the first MLK day, a US general who foils a coup on Roosevelt, a queer icon for the ages, and one of the woman who led the redress movement for the over 100,000 Japanese Americans incarcerated during WWII.

TheatreFIRST is proud of our commitment to foster new work, developing pieces from idea to production.  This exciting process doesn’t always adhere to a rigorous and set schedule – this doesn’t mean we release a show, but periodically we will need to give our projects more time. Recently, we announced the culminating event of our season would be MICROASSASSINATIONS, created by Jaq Nguyen Victor and Becca Wolff. We are moving the production to the future, giving TheatreFIRST time to gather the necessary resources to fully support the creative team’s brilliant vision.

So how will our season conclude? Well, you do the math:
Kenya
+ queerness
+ 1992
+ home village
+ ritual sacrifice
+ love (power of loving)
x (power of being lovable) (within the unlovable)
+ laugh
+ tears
+ laugh/tears
x romance
– multiple moonlights
++++ dancing
+ in the sand
+ boomboomboomboom
+ crawling
+ Swahili
x coefficient
+ empowerment
x infinity
+ the invisible body everywhere
+ all are welcome = 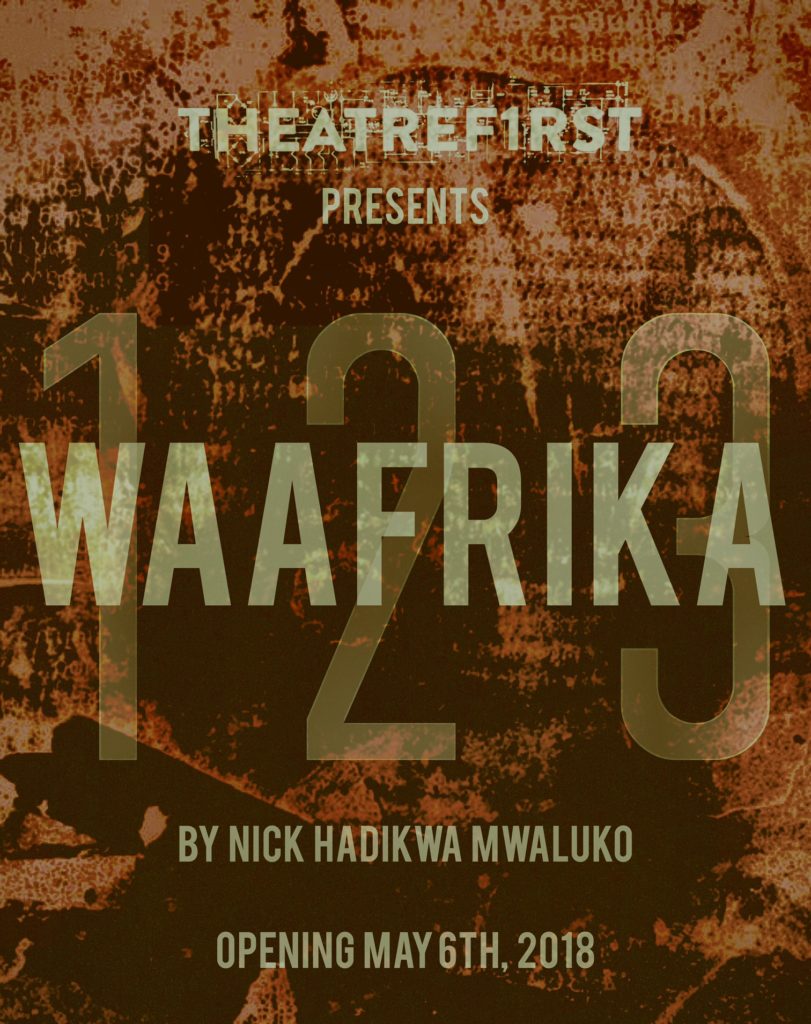