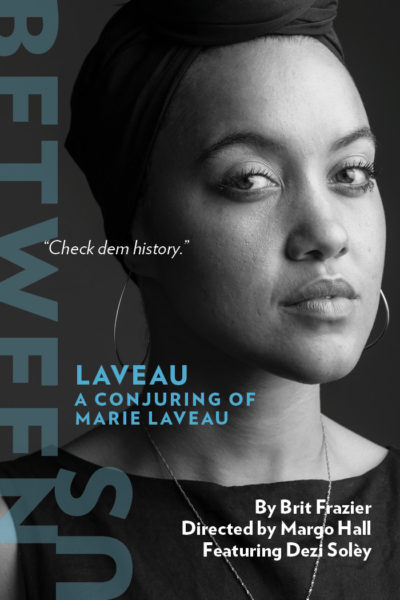 LAVEAU: A Conjuring of Marie Laveau

During the pre-civil war antebellum south, the voodoo queen Marie Laveau built and preserved space for Africans to worship their religion openly and to practice black joy freely. Now, in the midst of present day black genocide, Laveau is conjured to empower a spiritual revolution where Black Lives Matter and the Black Woman is God.

Britney Frazier received her Bachelor of Arts degree in Theatrical Performance from San Francisco State in the Spring of 2013 and has performed with Bay Area Theater Companies such as : The Shotgun Players in Bulrusher ,Tom Stoppard’s The Voyage, and Dan Wolf’s Daylighting,The Lorraine Hansberry Theatre in Fabulation, Brava Theatre in, In a Daughter’s Eyes , Marin Theatre Company in Rapunzel ,BACCE Theatre’s ,Sweet Maladies ,Campo Santo in conjunction with Cuttingball Theatre in Superheroes , The Ubuntu Theater Project in Waiting for Lefty ,Campo Santo Theater Co’s Babylon is Burning, and H.O.M.E ( Hookers on Mars Eventually), The San Francisco Playhouse’s productions of Red Velvet and All of What You Love and None of What You Hate and Hedda Gabler with The Cuttingball Theatre, in February of 2017. In 2013, Britney was an Artistic Associate at the San Francisco Playhouse and under the advisory of Bill English, Artistic Director , she produced and facilitated a new works, staged reading festival in Feb. and March of 2013 called,“Our Voices, Our Stories”. The“Our Voices, Our Stories” staged reading festival featured plays written by local African American and female playwrights in celebration of Black and Women’s history months and features the talent of over 30 local actors and directors. In the summer of 2013, Brit directed an original play adapted from a children’s novel, written by Summer Brenner, called The Lost Secrets of the Iron Triangle at the Eastbay Center of Performing Arts in Richmond, CA and began her career as a Teaching Artist. The following winter, Brit started teaching playwriting  to Fourth and fifth graders through Stagewrite, SF.  In May 2014, Brit was the featured playwright in Brava Theatre’s Studio Sessions Staged Reading festival where her second play SugarWater ( Dysphoria)was shared with listeners for the first time.In the summer of 2014, Brit started teaching Acting and Movement with the California Shakespeare Theater’s Summer Conservatory and Improvisation and Devised Theater at the EastBay Center for Performing Arts ( Richmond). After that, Brit assisted Ellen Sebastian Chang in directing Classic Black”,for the SF International Arts Festival in June 2015. In July of 2015, Brit was hand-picked by Anna Deavere Smith to be a an artistic facilitator in the second act of her one woman show at Berkeley Repertory Theater, Notes from the Field:Doing Time in Education. Brit currently writes for / has written for the Playwright’s Foundation’s Flash Play/One Minute Play Festival in 2015 and 2016.  Currently, Brit is a Yerba a Buena Center for the Arts cohort and just finished her first short film, Hidden Treasure.

MARGO HALL actor/director/playwright.  Acting credits include:  Marin Theater Company- Gem of the Ocean, Fences and Seven Guitars. California Shakespeare Theater- Twelfth Night, A Midsummer Night’s Dream, A Raisin in the Sun, A Winter’s Tale, American Night: the Ballad of Juan Jose and SPUNK. American Conservatory Theater- Ah, Wilderness!, Once in a Lifetime and Marcus; or the Secret of Sweet. Aurora Theater- Alice Childresses’ Trouble in Mind.  Shotgun Players- Marcus Gardley’s A World in a Woman’s Hands. For Campo Santo* – Dennis Johnson’s Nobody Move, Chinaka Hodges’ Mirrors in Every Corner, Jessica Hagedorn’s Fe in the Desert and Stairway to Heaven, and Naomi Iizuka’s Hamlet: Blood in the Brain, 17 Reasons (Why) and Polaroid Stories,  floating weeds, a world premier by Philip Gotanda, References to Salvador Dali Make Me Hot, by Jose Rivera, Bethlehem by Octavio Solis,  and Hurricane, by Erin Cressida Wilson. She has toured France with Word for Word in The Gilded Six-Bits by Zora Neale Hurston, The Blues I’m Playing by Langston Hughes and All Aunt Hagar’s Children by Edward P Jones.

She debuted as a Director with The World Premiere of Joyride, from the novel Grand Avenue by Greg Sarris, which won the SF Weekly Black Box Awards for Best Production, Best Ensemble, Best Director; Drama-Logue Awards-Northern California for Best Production, Best Ensemble; the Backstage West-Garland Awards- Northern California for Best Production, Best Ensemble, and the Bay Guardian GOLDIE Award Winner for Stage, she also directed Mission Indians, a new play by Greg Sarris, with Nancy Benjamin. She CO-Directed Erin Cressida Wilson’s award winning The Trail of Her Inner Thigh with Rhodessa Jones.  She also directed Hotel Angulo, and Simpatico for Campo Santo.  Other directing credits include Red Velvet, and The Story for SF Playhouse. She toured France with Word for Word’s  Sonny’s Blues, a story by James Baldwin., and Shotgun Players- Brownsville Song, (B-Side for Tray), and co-directed Bulrusher with Ellen Chang. Chabot College- Hamlet Blood in the Brain, Fabulation, SPUNK, The Trojan Women, It Falls, Ragtime, and A Streetcar Named Desire. For UC Berkeley- Polaroid Stories.

Margo completed her first writing project in April 2005 with the World Premier of The People’s Temple at Berkeley Repertory Theater, which won the Glickman award for best new play in the Bay Area for 2005.  She was a part of a collaborative team of four writers who used interviews of survivors, and archival material to form a play exploring the People’s Temple movement and the tragic ending at Jonestown. The play went on from Berkeley Rep. to The Perseverance Theater in Juneau, Alaska and the Guthrie Theater in Minneapolis. Margo is also part of the acting ensemble.

In 2012 she premiered her semi biographical piece, Be Bop Baby, a Musical Memoir, at Z Space, featuring Marcus Shelby’s 15 piece Orchestra in which she played herself. The musical chronicled her life growing up in Detroit with her jazz musician stepfather who was with Motown. Original music composed by Marcus Shelby.

*She is a founding member of Campo Santo, a resident theater company at Intersection for the Arts. 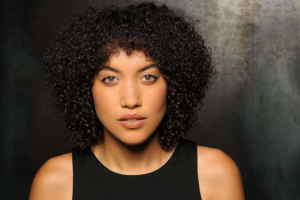