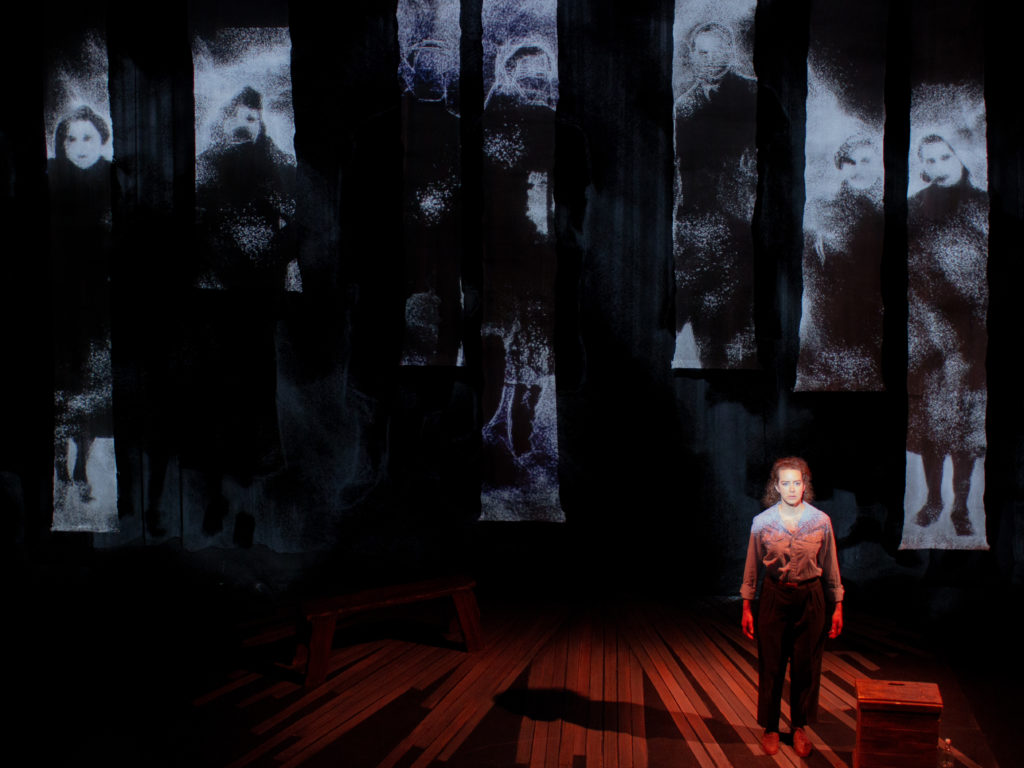 Written and Performed by Samara Lerman

A relevant, insightful story for a generation facing a resurgence of fear and extremism.

Cyla’s Gift is a train-hopping, border-crossing story of danger, adventure, magic, loss, and the power of storytelling.

When the ghost of her grandmother, Cyla Tine, starts visiting Samara in the middle of the night, she is compelled to travel through interwoven family stories of survival. Lerman asks: “What happens when your family lineage stops with you? What happens to the stories and memories of generations past?” Beginning in the Ukrainian village of Maniewicze in the 1930’s, the play weaves together accounts of Cyla’s harrowing wartime experiences with traditional Jewish folk tales she learned as a child, later passing on to her children and grandchildren. As a teenager, Cyla flees Ukraine ahead of the German front and spends the war on the run in Siberia and Central Asia, eventually sneaking back across occupied Central Europe in search of her family.

Samara Lerman (Writer/Performer) Samara Lerman is an actor and award-winning filmmaker based in Seattle, Washington. As a storyteller she is driven to create new works on stage and screen that illuminate forgotten moments of history, and explore characters overlooked by media’s traditional gatekeepers. Samara has been seen on the stages of Shakespeare Santa Cruz, Napa Valley Shakespeare Festival, Seattle Shakespeare Company and Book-It Repertory Theatre. Samara most recently directed the narrative film Amaajii on location in Mongolia in collaboration with the Shamanic community of Ulaanbaatar.