WRITTEN AND PERFORMED BY

On May 7th, we’ll premiere MAGIC FRUIT by Alejandra Maria Rivas and Kimiya Shokri, directed by Susannah Martin, and visually designed by Erin Gilley. A chef and a food critic fail to communicate on all fronts. During quarantine, Amaya and Tara attempt to “meet” online for a high-profile interview. After months of inconsistent communication, their relationship comes to a standstill. With both of their livelihoods on the line, it seems that the only way forward is to speak through their only shared language: food.

Join us on May 7th at 8pm for a livestream opening on MAGIC FRUIT, that will be followed with a Q and A

You can buy tickets to view at your leisure through the end of the season.

The best deal! Access to all six productions including the opening night!

Alejandra Maria Rivas (she/they) is a T1 Company Member and theatre artist currently living in the Bay Area. Most recently Alejandra wrote La Paloma which had its first staged reading as a part of the Bay Area Women’s Theatre Festival as a part of their Women of Color Reading Series, previously staged in an Under 30: One Acts Festival. They directed Late: a cowboy song with A.C.T.’s MFA students in their Sky Fest and stage managed History Keeps Me Awake with T1. Other credits include, Performer: Cabaret, In the Heights, Twelfth Night, Lysistrata, and Impure Thoughts (without apology). Assistant/Directing: selections from 365 Plays/365 Days, Inked Baby, This is Modern Art, And Jesus Moonwalks the Mississippi. She is currently working at A.C.T. as an administrator in the Conservatory. Alejandra has a BA in Performance & Theatre Studies with a minor in Psychology from Saint Mary’s College of California.

Kimiya Shokri is a Bay Area born and raised activist, educator, and theatre maker working as a writer, actor, director, and dramaturg. She has served as the Literary Manager and Resident Dramaturge at TheatreFIRST, and is a teaching artist with A.C.T, Cal Shakes, StageWrite, Berkeley Rep, and more. Her play, Yadam, was to have been workshopped during T1’s Future Tense Festival in May 2020, for which she also worked as the producer for the development of 10 new plays. Selected acting credits: Zoe in Far, Far Better Things (TheatreFIRST/Shotgun Players), Masha in Three Sisters (Saint Mary’s College), Lou in Chaste (Saint Mary’s College). Selected directing/assistant directing & dramaturgy credits: Lockdown (*Outstanding Achievement Award for Direction; Saint Mary’s College), Passage (AD; A.C.T), House of Joy (AD; Cal Shakes), Cabaret (AD; Saint Mary’s College), On Behalf of All Muslims (AD; Golden Thread). Kimiya holds a BA from Saint Mary’s College of California, double majoring in English and Theatre.

Erin Gilley is a director, video designer and teacher who specializes in immersive theatre and new plays. She has worked throughout the Bay Area and London at organizations including Magic Theatre, Crowded Fire, Shotgun Players, Golden Thread, Boxcar Theatre, London International Festival Theatre, the Royal Court Theatre, Birmingham Repertory Theatre, and the West End’s Garrick Theatre. Recent credits include directing Show of Hands as part of the T1 Participants Festival, directing On the Periphery with Golden Thread/Crowded Fire, and designing the video projection for Elevada and Women Laughing Alone with Salad at Shotgun Players. Upcoming credits include video projection design for Oakland Theatre Project’s The Wasteland and directing Dream Thief with First Person Travel. Erin studied theatre as an undergraduate at Princeton University and received her MFA from Birkbeck, University of London. She is currently a Drama Professor at Skyline College. www.eringilley.com 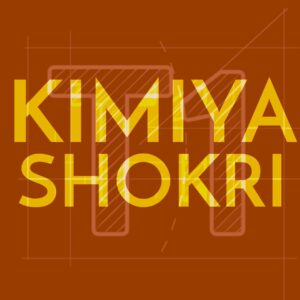 Education Director, Kimiya Shokri gives you supporting information on all commissions featured in the episode. CLICK HERE to read about TheatreFIRST’s transformation to an online format, how it affects our mission and art, and how we’re continuing the revolution.