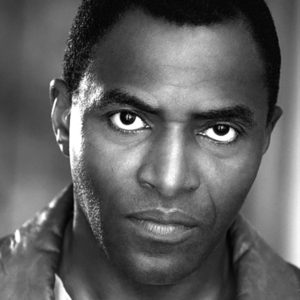 For the stage, Carl Lumbly most recently starred as ‘Ira Aldridge’ in the San Francisco Playhouse’s production of Red Velvet, which ran through June 25, 2016.

Lumbly was nominated for a San Francisco Bay Theatre Critics Circle award for his 2015 performance in Between Riverside and Crazy at ACT.

Earlier in 2015, he starred as ‘Alfred’ in Let There Be Love at ACT and as ‘Leo Price’ in the San Francisco Playhouse’s premiere of Tree.

In 2014, he starred as ‘Chester Kimmich’ in John Patrick Shanley’s Storefront Church at the San Francisco Playhouse and as ‘Troy’ in August Wilson’s Fences at the Marin Theatre Company.

In 2013, Lumbly starred in Regina Taylor’s off-Broadway play stop. reset.  Also in 2013, he starred in the San Francisco Playhouse’s West Coast Premiere of The Motherf**ker with the Hat.

He starred in the Lorraine Hansberry Theatre’s 2012 production of Blue/Orange.

Lumbly’s extensive resume includes five seasons on ABC’s Alias, and he most recently appeared in the feature A Cure For Wellness, directed by Gore Verbinski.

Josh Costello is a Bay Area stage director and the Literary Manager and Artistic Associate at Aurora Theatre Company, where he directed Detroit, Wittenberg, and The Heir Apparent. His world-premiere production of Aaron Loeb’s Ideation with the San Francisco Playhouse, which won the Glickman Award for best new play in the Bay Area and for which Josh received the award for Outstanding Direction from Theatre Bay Area, moved to Off-Broadway at 59E59 and was named a New York Times Critic’s Pick. Other projects include his adaptation of Cory Doctorow’s Little Brother for Custom Made, Reborning by Zayd Dohrn for SF Playhouse, and Toil & Trouble by Lauren Gunderson for Impact Theatre, all world premieres, and My Children! My Africa! and Lovers & Executioners for Marin Theatre Company, House of Lucky at Magic Theatre, Romeo and Juliet: A Fire Ballet at The Crucible in Oakland, Hamlet at Shakespeare-by-the-Sea in LA, and his adaptation of The Rover for The Chance Theater in Orange County and for a live television broadcast on LA and Orange County’s PBS affiliate. Josh was the founding Artistic Director of Impact Theatre, the Artistic Director of Expanded Programs at Marin Theatre Company, the Education Director at Marin Shakespeare Company, and a faculty member at Cal Shakes, ACT, SF Shakes, UC Riverside, Cal State Long Beach, South Coast Rep, and the American Academy of Dramatic Arts in Hollywood. Josh holds a BFA in Theatre from Boston University, and an MFA in Directing from the University of Washington, Seattle.