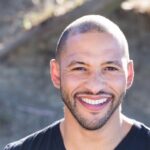 Brendan Simon is an award-winning creative and performing artist. He is a proud member of the Actor’s Equity Association (AEA) who has dedicated over 25 years to his artistic crafts, and performed on local, regional and national stages. Brendan directed and choreographed Dreamgirls at Berkeley Playhouse, which was nominated for 4 Theatre Bay Area awards including Best Director. He returned to direct Memphis in February 2020 to critical acclaim. Since 2001, Brendan has worked for Kaiser Permanente Educational Theatre (KPET) in many roles. As a director, Brendan is the recipient of Kaiser Permanente’s 2017 Community Health Innovator Award for devising the company’s Resilience Squad programming with a brilliant team of Teaching Artists. The program transformed schools throughout Northern California with mindfulness, stress management, and healthy communication curriculum. In 2018, Brendan became KPET’s Learning and Development Lead for Northern California. In this role, he co-created RISE UP, a national initiative for educators to foster resilience in school environments despite the adverse childhood experiences and traumas affecting students. In April 2020, he began working to transform Educational Theatre’s middle school programming to address racism and include messages of equity and social justice.

Brendan is a member of the inaugural class of Lincoln Center Education’s Teaching Artist Training Program and teaches best practices in arts-based education nationally.  Brendan is half of Michael & Simon, a Belle Award-winning musical theatre collaborative team, which wrote, directed, and produced a dramatic reading of Torch, a full-length musical that premiered at the Ashby Stage with support from Shotgun Players. The musical received a Broadway World nomination for Best Special Event. Michael & Simon also wrote Undiscovered, an album of songs that feature musical theatre artists including Broadway star Taylor Iman Jones. Brendan believes the future of theatre exists at the intersection of joyful activism and the visibility of underrepresented communities. Art has no more important task than amplifying our painful truths, that we may begin to heal ourselves, our communities, our nation, and our world. #blacklivesmatter 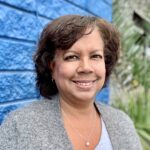 Victoria Evans Erville is a director, playwright and theatre educator. She has worked with many theatre companies around the Bay Area, having held the position of Arts Education and Outreach Manager at both the San Francisco Shakespeare Festival and the Marin Theatre Company. After leaving Marin Theatre Company, Victoria became Artistic Director of the African American Shakespeare Company and later the Artistic Director of Women’s Will.

Ms. Evans Erville taught theatre to elementary school students with the Mt. Diablo, Walnut Creek, San Ramon and Contra Costa School Districts. She also taught classes for several theatre companies including Marin Shakespeare, Lorraine Hansberry Theatre, and San Francisco Shakespeare. As a director Victoria has worked with the Colorado Shakespeare Festival, Brava for Women in the Arts, and African American Shakespeare Company among other Bay Area theatre companies. Ms. Evans Erville has now turned her attention back to playwriting which is her first love. Her short plays have been featured at the North Carolina Women’s Theater Festival, Playground, and Dragon’s Egg theatre companies. She was a 2020 – 2021 Brady Fellow with 3Girls Theatre. Her full-length play The Lies That Bind was part of the 3Girls Salon Series in 2020 and was a semi-finalist with the Bay Area Playwrights Foundation 2020. Her play the Music of Mothers was a part of the Salon Series 2021 and was recently chosen by 3Girls for further development in 2022. 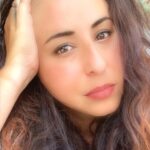 Stephanie Prentice is a Bay Area native, and has been a proud AEA member for 20 years. She has served as Casting Director for TheatreFIRST for the past five years. Stephanie is also the Covid Compliance Officer for Front of House at TheatreFIRST, and is excited to move into her additional role as Patron Services Director. She is a graduate of the Santa Clara University Theatre and Dance program, where she taught as a member of the SCU voice faculty from 2005 – 2017. Stephanie is also an Associate Producer at PlayGround, SF. She has been a PlayGround company member since 2015, and is currently serving her second year as a member of the Board of Directors. Most importantly, she is the mother of two incredible kids.

Chris Steele (they/them) is a queer trans nonbinary performance artist, writer, and activist whose work centers on highlighting queer narratives throughout history and combating bigotry and white supremacy. They are a co-founder of the subversive, queer, feminist collective Poltergeist Theatre Project through which they’ve funded and produced 3 years of world premiere works. Their award-winning drag personas Polly Amber Ross and Peter Pansexual can be found on instagram @pollyandpeter. As a community activist, their work centers on connecting the Queer Trans community in the Bay with professional artistry opportunities. They are a founding member of the Trans & Gender Non-Conforming Advocacy Collective and the upcoming queer artistry resource BookBayDrag.com.