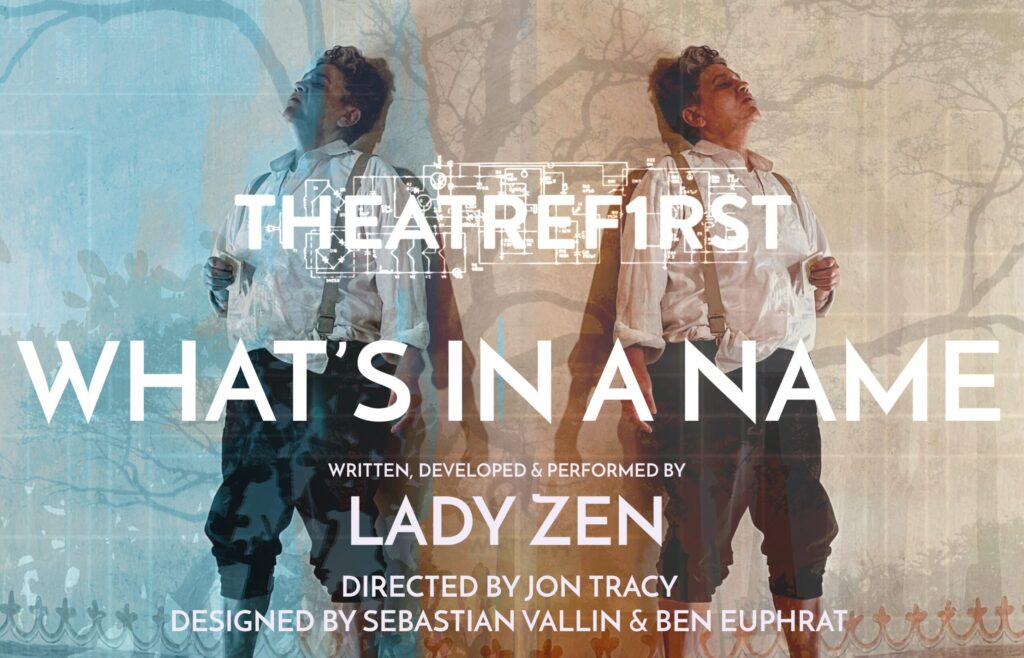 WHAT’S IN A NAME

This hybrid, one-person cabaret-play is based on true events in the life of entertainer and storyteller, Lady Zen, a South American orphan adopted by a missionary couple from Arkansas who run  a boarding school in Maringá, Brazil. They overcome a lifetime’s worth of emotional turmoil to find radical acceptance and  become an international queer performing artist. 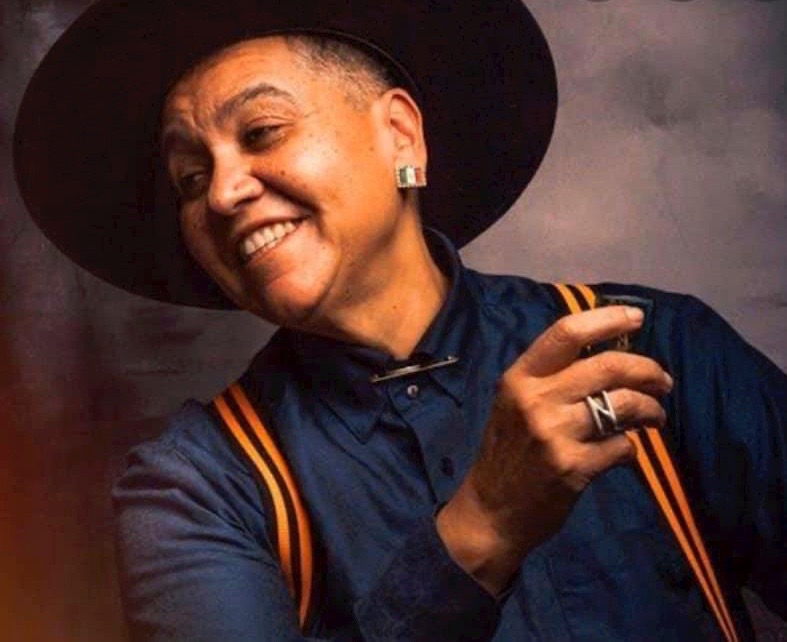 A non-binary, masculine presenting (They / Them or She or Mr.) Vocalist and Writer whose undeniable voice has given Them privilege to travel and shine as a queer entertainment artist. Working in Paris, Amsterdam, Canada, Mexico, and the USA; Lady Zen is a published author, decorated academic, and social justice artist. Professionally, Lady Zen is a Fulbright Opera Vocal Performance winner; a storyteller, public speaker and poet; photographer, script writer, model, and actor. Living between Mexico and Maine enjoying life and forming collaborative alliances dedicated to change, inclusion, and the elevation of contemporary arts. ‘I believe the arts are where acceptance stems from… in the power of language and the stories we share. Our difference is our strength.’ The goal is to travel when the Pandemic ends with their favorite kitty, Minky, in tow. 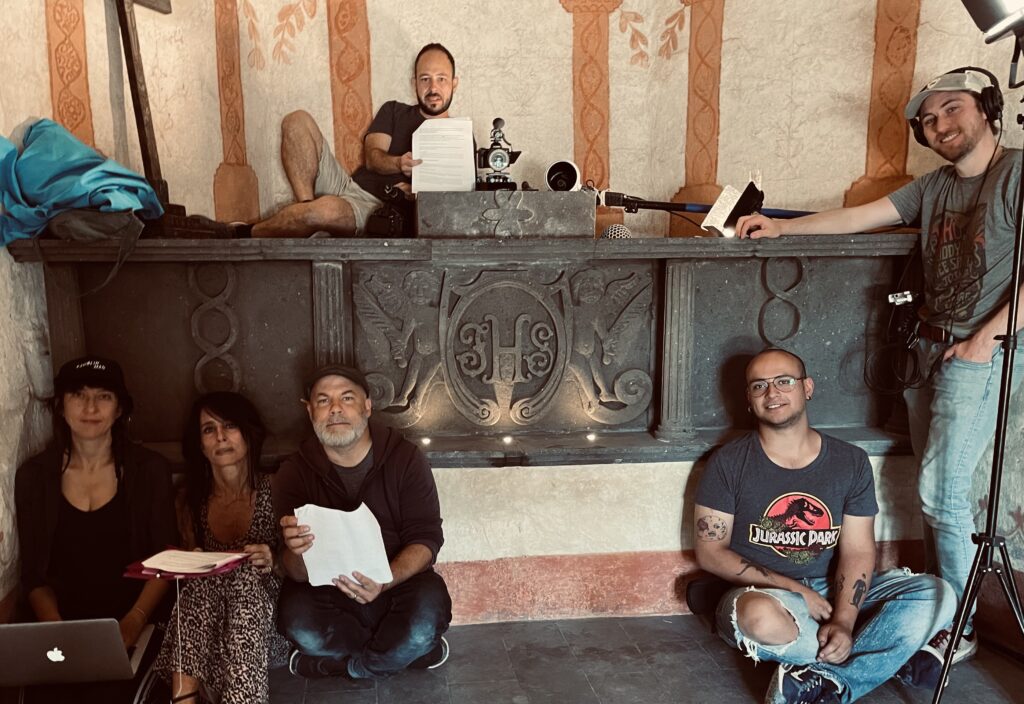 Jon works internationally as a director, playwright, designer, educator and facilitator. He is the recipient of awards from the Kennedy Center Meritorious Achievement Award, North Bay Artys, Marquee Journalists, Ellys, Bay Area Theatre Critics Circle, and Theatre Bay Area, and has also been honored with the Solano College Theatre Alumni Award. He is a grant recipient from Theatre Bay Area, Shotgun Players’ Bridging the Gap, SUI Generis, and the National Endowment for the Arts. He is the Artistic Facilitator for TheatreFirst, Co-Artistic Director of Groundswell: The International Theatre Intensive, Company Member of both Shotgun Players and PlayGround, as well as a proud member of SDC, the union for stage directors and choreographers. www.jontracyplays.com

Sebastian is a filmmaker, photographer, actor, and writer. Born in 1996 in Mexico City, some hightlights of his theater carreer include “Hamlet”, “The Lion King”, “Don Quijote” and some other UNAM based ventures. He’s given motivational speeches at the Christel House School for economically challenged children, and taught Theatre and Art to children in rural zones in Guerrero, Michoacán, and Oaxaca. His short film “Por si te alejas” was Official Selection at the 2019 Best of Latin America Short Film Festival.

Ben is a bunch of things. Video designer, audio designer, multi-instrumentalist, composer, and actor to name a few. His audio/visual work has been seen in TheatreFirst’s The People’s History of Next, Far Far Better Things and both of the Between Us series as well as a variety of ads and promos for T1. As an actor/musician he’s performed all around the bay area at theaters such as ACT, Berkeley Rep, TheatreWorks, The Magic, Marin Theatre Company, Shotgun Players and a brief but mighty stint off-broadway in New York. His most recent solo album Portrait of Girl was released last year and is available on all the places where music is available. Check it out and check him out at beneuphrat.com

Born and raised in Portugal, Pedro’s road to filmmaking has many chapters. Inspired by his brother and father (both photographers) and armed with a technical degree in Electricity, he moved to England in his twenties (working in the restaurant industry as a bar manager) and ultimately making in to San Miguel de Allende, Mexico to pursue his dreams as a filmmaker. Says Pedro, “I always loved photography and cinematography for the ability to capture a moment but also to create and tell a story, with the use of lights and colors and sets and costumes etc. I think it is the most complex and extraordinary form of art as it is composed of so many different forms of art.  Growing up I would go to the cinema every weekend and was my local Blockbuster’s best customer watching a movie almost everyday.” Pedro’s film work includes promotional, music, and commercial videos, and is proud to have worked on his first feature, What’s in a Name.

Says Taylor, international educator, theatre director, acting coach, former owner of The Voice Factory in San Francisco:
It was truly my pleasure and privilege to work with Lady Zen on this project. One would think it’s the easiest thing in the world to tell one’s own story when actually it’s one of the hardest acting jobs an actor could ever have. I’ve worked with actors on gazillions of projects and it never ceases to amaze me how much courage it takes to let the honest emotion in…and then show it to the world. My job was to help guide the process, it was Zen who did all the work. Enjoy!

Ari Rampy is a performer, creator, and teaching artist. She has an MFA in Devised Performance from Pig Iron Theatre Company/University of the Arts.

Ali Agus Ardie is a self proclaimed joker-of-all-trades. His scope of work is as diverse as his multicultural background. Ali was born in California and raised in Indonesia, where he fell in love with music, the performing arts and digital design. If he had to label himself, he would say multimedia creator or graphic designer.

Although a master-of-none, Ali’s knowledge of numerous fields is his strength, he can unite the right talents for whatever the project and can communicate as a go-between for the various departments of the team.